When it comes to entertainment, Front Royal’s hometown band, Scythian, has it figured out. There are many great musicians out there, but far fewer groups who have figured out how to engage and entertain a crowd quite like Scythian.

Wherever he goes, co-founder Danylo Fedoryka has a smile on his face and a gleam in his eye, graciously engaging everyone he meets along the way with an openness and charisma for the individual that carries through to his audience when he’s on stage. Many performers can turn on the charm when they perform, but Dan is the same behind the scenes as he is on stage.

With the rest of the band on stage together, their combined energy makes them a delight to watch, whether it’s a fiddle/flute duel between co-founder Alexander Fedoryka and flutist Nolan Ladewski, an Animal-style drum solo from drummer Fritz McGirr, or the casual but engaged bob of bassist/cellist Larissa Fedoryka as she keeps up with the band’s antics. 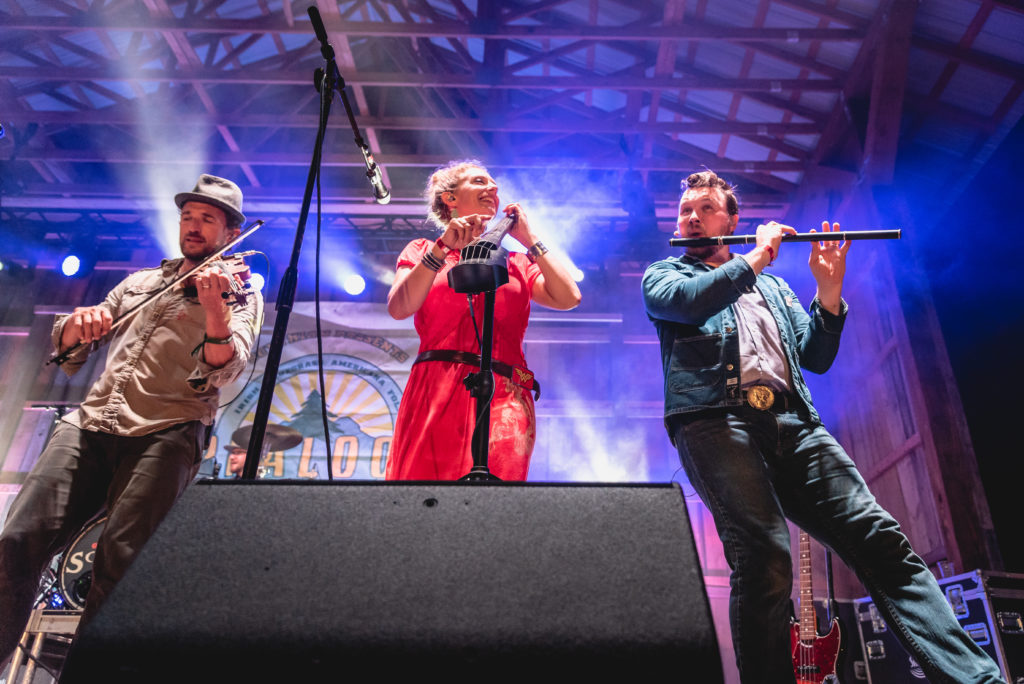 To highlight their playful side, the band took the audience on a trip down memory lane with a medley of 80’s tunes – performed, of course, with the band’s arsenal of Irish, folk, and Gypsy instrumentation that included an accordion, a pipe whistle, a fiddle, and a mandolin.

While having a good time on stage is part the Scythian DNA, they aren’t afraid to venture into the poignant and poetic. As the band invited the audience to join them in a moving tribute to their mother Irene, who taught them how to make music, tears began to flow their soulful voices blended to present an original song written in her honor.

The theme of “family” resonated through the festival throughout the weekend. Staff and volunteers engaged with the crowd as if they had never met a stranger. All of the bands had a sense of camaraderie and familiarity among them. As Scythian closed out the night, they brought the festival staff and crew to the stage and invited the audience into a traditional Irish farewell, a Parting Glass to one another with glasses held high.

Even if you don’t think you’re into Celtic music, pay Scythian a visit if they come to your area. You’ll be greeted by warm, friendly, and energetic music that will draw you in and put a smile on your face.