Hometown favorite Andrew Marlin of Mandolin Orange and Seattle-based multi-instrumentalist Eli West opened the show with a one-mic acoustic set featuring originals from both artists, including several tracks off of Andrew’s latest solo project, Buried in a Cape.

After a brief intermission, Hot Rize took the stage for a 90-minute set filled with songs designed to delight long-time fans while introducing a new generation of bluegrass enthusiasts to their iconic repertoire. Some of my favorite tunes from the evening included Coleen Malone and Blue Night.

Featuring Tim O’Brien on mandolin, Bryan Sutton on guitar, Pete Wernick on banjo, and Nick Forster on bass, Hot Rize is one of those groups that is made up of some of the best musicians in the world on their respective instruments. That talent, combined with forty years on the road, comes together to produce a delightful show.

Hot Rize fans were delighted to see Hot Rize collaborators Red Knuckles & The Trailblazers wander onto the stage while the headliners took a brief break. Some say The Trailblazers may be an alter-ego of Hot Rize, as the two groups have never shared the stage at the same time.

Featuring Red Knuckles, Waldo Otto, Wendell Mercantile, and the artist known only as Swade, this unique crew plays some funky grooves in some equally funky outfits, to the delight of the crowd. I was fortunate to be in the right place at the right time to catch lead guitarist Wendell working the camera during a blazing guitar solo. 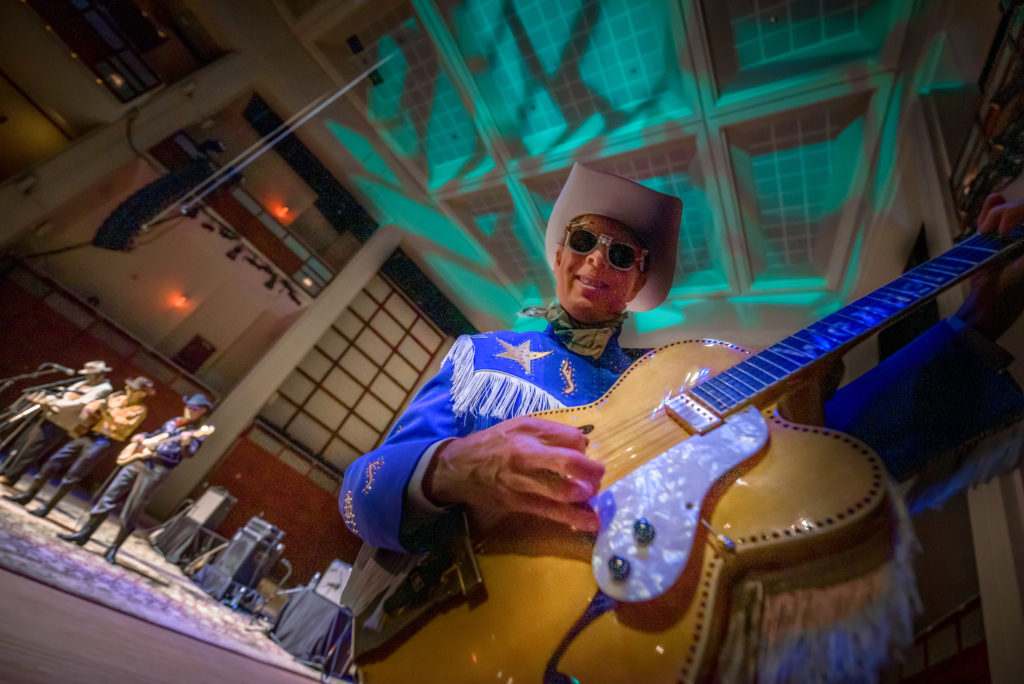 Once Red Knuckles & The Trailblazers returned to the tour bus, Hot Rize returned to the stage to invite Andrew and Eli to sit in for a few songs to close out the evening.

Following the show, the band graciously received guests for a meet and greet. I’m always encouraged when artists take the time to connect with their fans, and I was glad to see that the band took the time to do so, despite heading to New York City for a show the next day.

On a personal note, I have huge respect for the gentlemen of Hot Rize. I spent four days with Pete at a jam camp that he hosts before Merlefest each year, during which time I saw him pour his time into the next generation of bluegrass musicians. He’s hosted hundreds of such camps around the country, and he was recognized for his hard work with an IBMA Momentum award for mentorship.

I met Nick after a live taping of his radio show, E-Town, in Boone, NC, just a few miles from the home of Doc Watson. When he learned that Doc was my wife’s great uncle, Nick graciously spent a good part of the evening sharing stories of his friendship with Doc.

Hot Rize’s legacy extends far beyond their musical contributions. Each of the gentlemen that make up the band have left their mark on generations of musicians. That culture is part of why I love bluegrass music, and I’m glad to have crossed paths with them.