The capstone of a rocking day of roots music, Irish sensation Gaelic Storm headlined the first night of Front Royal, VA’s Appaloosa Festival, delighting the crowd with incredible music, witty banter, and theatrics honed over twenty years on the road.

Gaelic Storm describes themselves as the “true working-mans’ band” with a “blue-collar, hard-nose approach to touring,” playing over 2,000 shows in their twenty years on the road. During that time, they have developed an enthusiastic fan base. Their social media accounts are filled with comments from fans such as, “Everyone that has a chance to see a Gaelic Storm show, SHOULD GO!!” and “If you didn’t go you missed an amazing experience. I consider myself fortunate to have seen the show: a mix of music and comedy.” 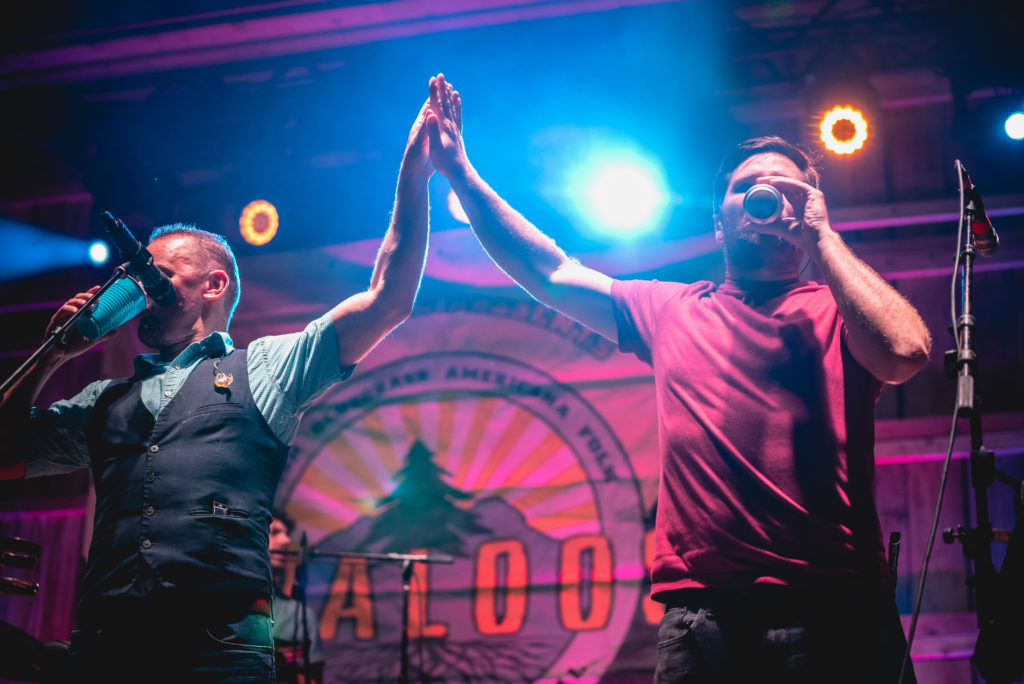 Gaelic Storm brought the same energy and experience to the Appaloosa stage, keeping the crowd clapping, jumping, and cheering through the entire set. Lead singer Patrick Murphy drew the audience in close with his animated story telling, while the band’s new fiddle-player, Katie Grennan, fired up the crowd with her animated dancing across the stage.

I’m looking forward to catching up with the band again when they stop in the Raleigh area in mid-October. With more than 200 tour dates this year, they’re bound to be somewhere near you! Check their website for upcoming dates and be sure to be a part of the Gaelic Storm experience.